Originally Distilled in Oregon was to have had 32 color illustrations, but two weeks after I submitted them (along with a similar number of black-and-white images) the publisher (History Press) decided that all the images would be black-and white. Although this didn't have too negative an impact on most of the color shots, those of stills were considerably diminished, with their warm copper hues rendered in nondescript grays.

So I thought I'd post some of those here, along with some that weren't in the book.

First, we have the lovely hand-hammered still at Camp 1805, with Roy Slayton, one of the distillery owners. 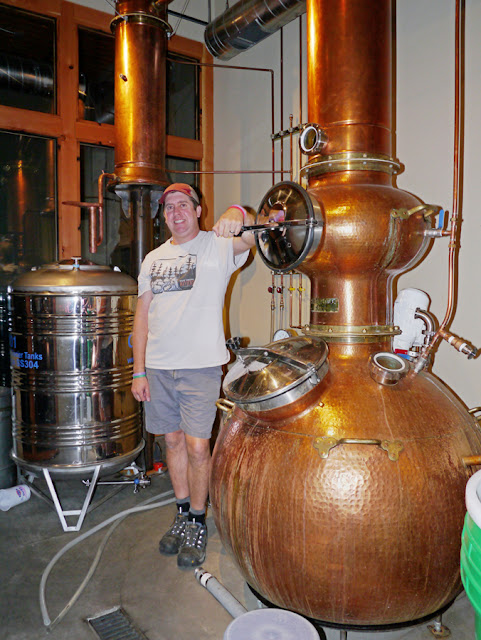 Dan Stein of Stein Distillery with his Arnold Holstein unit. 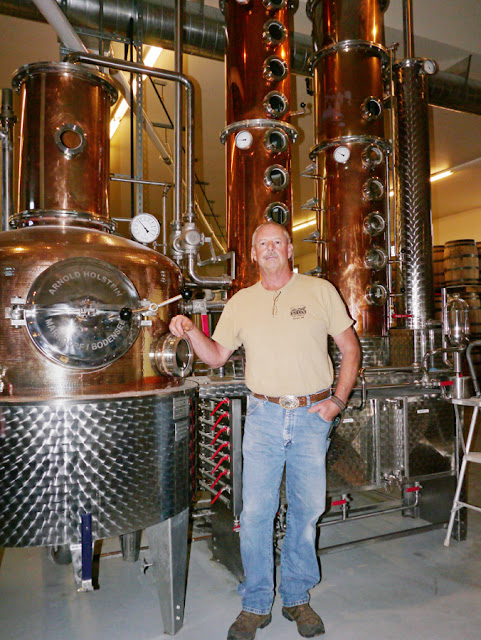 The 450 gallon still from Artisan Still Design, shortly after being delivered to Bendistillery in late 2014 (this photo was meant to be in the book but I withdrew it after the publisher's decision to go 100% black-and-white). 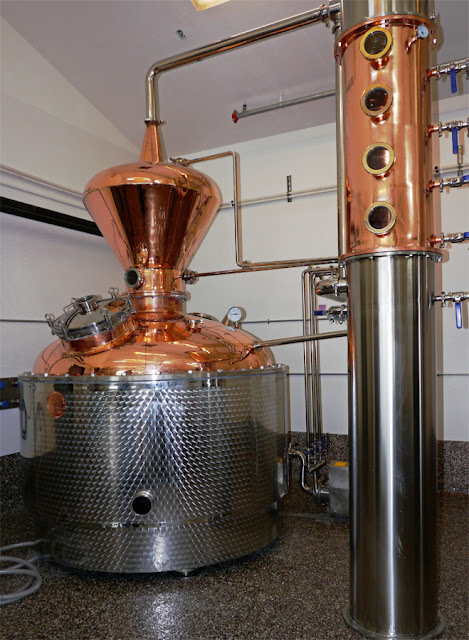 The four Holstein stills at Clear Creek (another photograph withdrawn after the decision to include no color photographs). 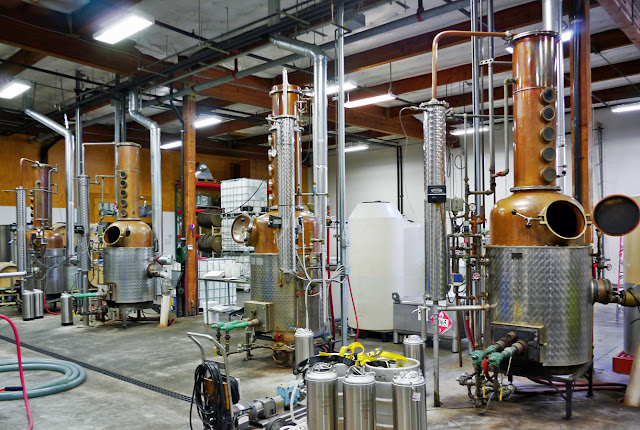 Taken too late to be used in the book, a photograph of the Vendome still at Vivacity Spirits in Corvallis. 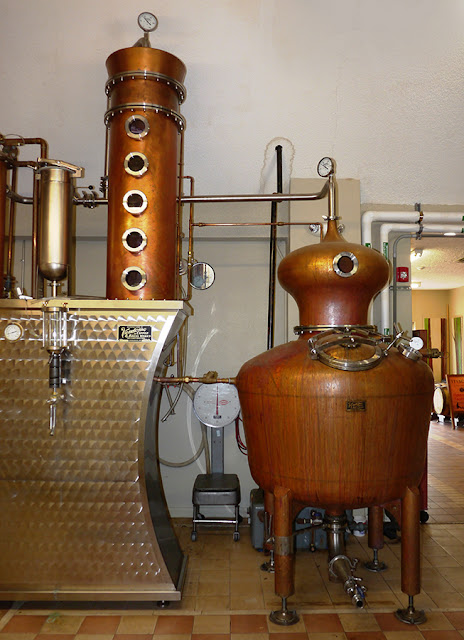 Also too late for the book, a shot of Big Bottom's  100 gallon still from Hillbilly Stills. 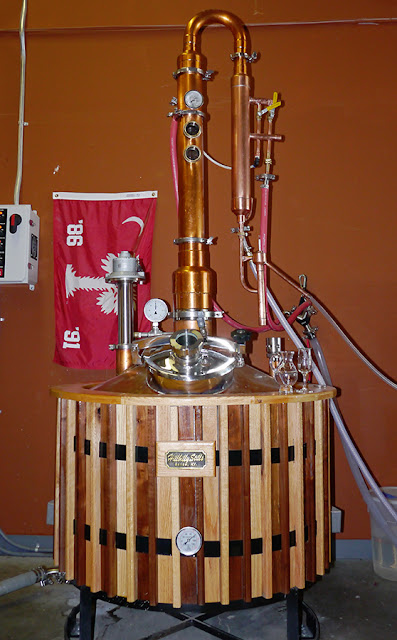 Visiting the distillery at McMenamins at Cornelius Pass is like stepping into the 19th century, with a 120 year old Cognac still housed in a building from the 1850s. 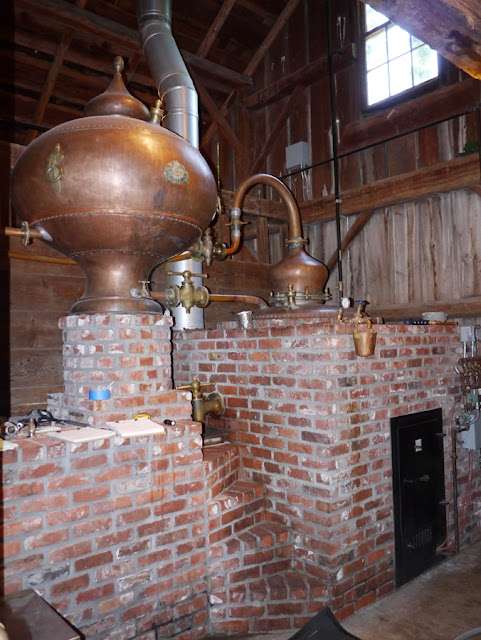 Ransom also uses French stills, manufactured by Prulho. This one, made in the 1970s, is not that different from the unit at Cornelius Pass. 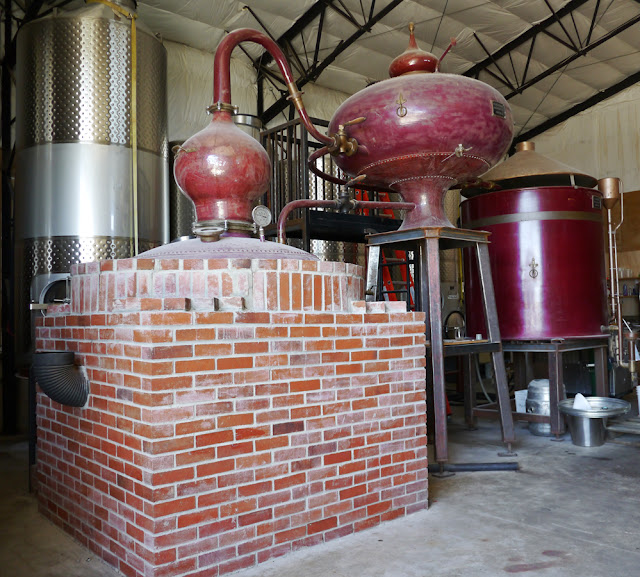 The antithesis of the two previous units, the new 3,000 gallon Vendome still at House Spirits is the largest operating whiskey still west of the Mississippi. 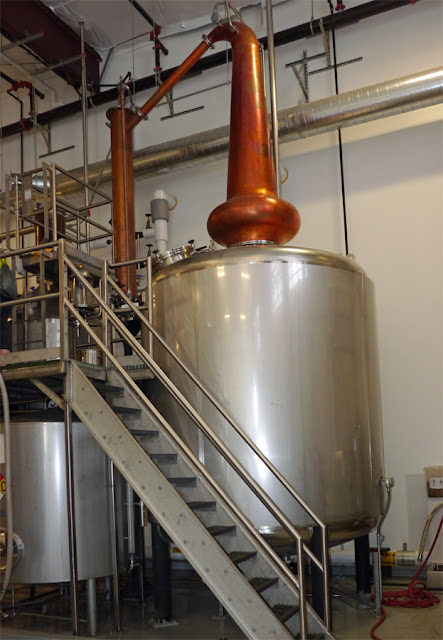 Finally, an image courtesy of Clear Creek, of harvesting pears-in-the-bottle. Originally meant to be a full page image, not only was it altered to black-and-white but reduced to a quarter page. If I'd known that was going to happen, I would have withdrawn it. 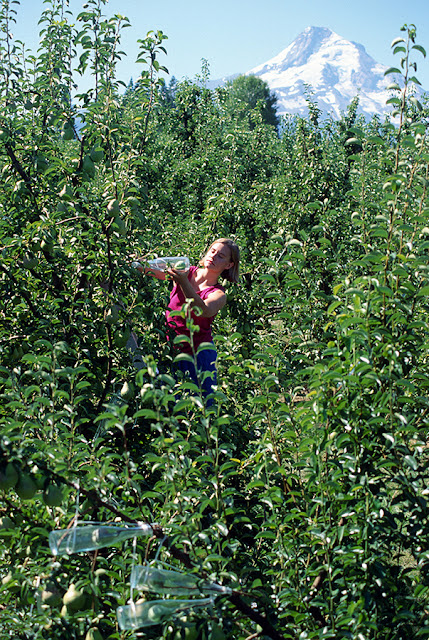