My Interview with Steve McCarthy

An essential part of preparing chapter 9 of Distilled in Oregon was an interview with the founder of Clear Creek Distillery, Steve McCarthy, who retired in 2014 after selling the distillery to Hood River Distillers. The interview took place on May 21, 2016, at McCarthy's home in northwest Portland.

The first part of the interview covered biographical details - McCarthy's birth in Seattle in 1943, the family's move to Myrtle Creek, Oregon, in 1950, graduation from Reed College in Portland in 1966 and NYU law school in 1969, law practice for two years, director of OSPIRG for two years and of TRIMET for four, after which he joined his father's company, Michael's of  Oregon.

I'd been furiously scribbling notes, and about the time we began discussing the beginning of the distilling enterprise, I decided to use my iPhone to record the balance of the interview. 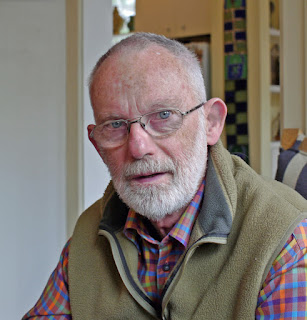